Depending on who you ask, or what you read, you are more likely to read that Brexit will have a negative impact on employment rights than a positive or neutral one.

I recently read an article which stated that "Britain leaving the European Union allows the government to pick and choose what workers rights it wants to change and is most likely to be a boon for companies but not necessarily for the employee..."

Frankly, this is a statement which could be written in favour of either the employer and the employee in the spirit of conjecture.

This short article is not written in an attempt to provide any pros and cons for the recent public referendum decision on the UK's relationship with the EU, but to provide a concise, clear view in all the 'uncertainty' (present buzz word of our politicians) that Brexit will bring in the employment legal realm.

EU Law and its impact on UK legislation

The EU has had a positive impact on employment rights for employees throughout the years. Influencing Member States with regulations and/or regulations such as Working Time Directives, maternity leave rights and improved health and safety provisions are some of many.

The government’s Great Repeal Bill, which was announced on October 12, means the UK will automatically carry over all the rights and structure of EU employment rights in a secondary legislation once the UK leaves the EU. This includes absorbing the whole body of EU legislation and case law into UK law.

This will thereafter give the UK Government the ability to amend, repeal and improve any law as deemed appropriate.

Whilst some of the UK's employment comes from the EU, (it goes without saying that) the impact will depend on which existing laws the UK decides to keep, amend or remove. Let's look at what we know is very unlikely to be affected. I discuss 3 areas briefly below.

Paid leave: The UK's statutory minimum is 5 weeks and 3 days of paid holiday per year (including public holidays). The Working Time Regulations 1998 guarantee 4 weeks of paid leave as an EU minimum. It is further unlikely to be affected as the UK had legislation of paid holidays for 35 years prior to joining the EU.

Discrimination laws: The EU has most certainly been influential in guaranteeing women's rights in the workplace. Leaving the EU is unlikely to result in negative consequences on this front too due to legislation such as the Equality Act 2010 which is domestic law.

Maternity leave: The UK's 52 weeks of statutory maternity leave is considerably longer than the 14 weeks guaranteed by EU law. On a separate note, parental leave and flexible working are both enhanced by UK domestic law.

Other UK employment law unlikely to be affect by Brexit (as it is domestic):

So where are we now?

In a position where we do not necessarily have to panic.

Not to be overly pessimistic nor optimistic, but to carry on business as usual and trust that what appears to be the inevitable (Brexit) will not leave us all queuing at the Job Centre. 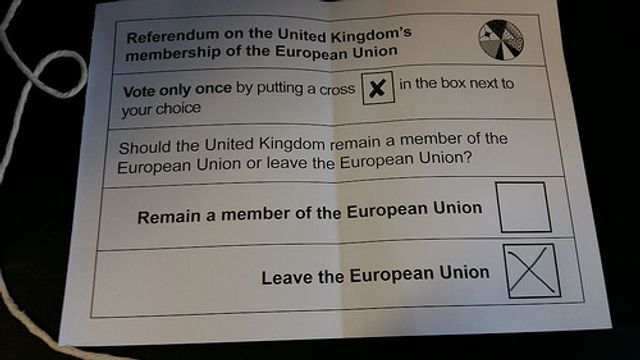