Last week our news bulletins were buzzing with all manner of emotive language and rhetoric from both sides of the debate on dress code policies in the workplace. Before getting to embroiled in our own opinions, let's be reminded of the inception of last week's news and case studies.

Ms Nicola Thorp, 27, arrived at finance company PwC to be told she had to wear shoes with a "2in to 4in heel". She refused and complained male colleagues were not asked to do the same. Thereafter, she was sent home without pay.

Ms Thorp said: "This may have started over a pair of high heels but what it has revealed about discrimination in the UK workplace is vital, as demonstrated by the hundreds of women who came forward."

One may indeed question why the counter argument is that men were also not asked to wear high heels was ever to be seen as credible.

On the other hand, why would it be an occupational requirement for women to have to wear 2-4 inch heels?

It will be important to consider the wider context and impact of such a case, and not let a snowflake turn into an avalanche. The other end of the spectrum is where 'gender neutral' or just 'anything goes' dress policies in a bid to over-compensate for highly publicised and misunderstood cases such as this one.

Every job will have it's dress code for both men and women (ranging from ties, formal wear, suits, casual dress, etc.)

This issue can be dealt with rather simply: common sense.

Frances O’Grady, general secretary of the TUC, said: “Far too many employers are still stuck in the past when it comes to dress codes. It is unacceptable that in 2017 bosses are still forcing women to wear painful, inappropriate shoes and uniforms.

“Wearing high heels on a regular basis can cause foot, knee and back problems. High heels and make-up should be a choice, not a condition of the job.

“But with employment tribunals costing up to £1,200 – even if you’re on the minimum wage – many women can’t afford to challenge sexist policies. If ministers are serious about enforcing equality legislation then they should scrap tribunal fees immediately.”

Helen Jones, MP, chair of the Petitions Committee, said: “The Government has said that the way that Nicola Thorp was treated by her employer is against the law, but that didn’t stop her being sent home from work without pay. 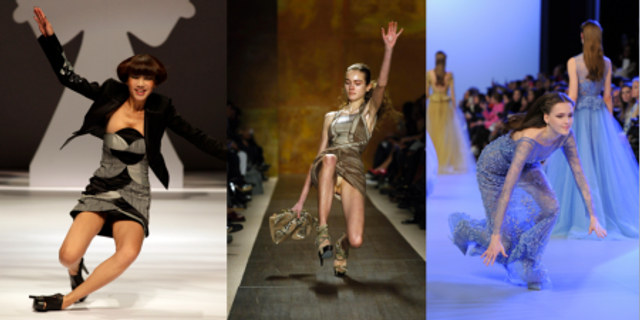