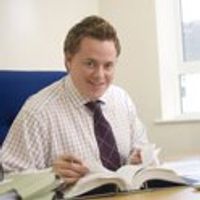 I'll start with the answer you'll no doubt expect from a lawyer ... it depends!  At least, that opinion now has the force of the Supreme Court behind it.

They recently decided a case on the interpretation of an indemnity in a Share Purchase Agreement and reviewed the various authorities on taking a textual approach to interpreting a contract or a contextual approach.

Capita bought the shares in Sureterm, an insurance company, from Mr Woods and his fellow shareholders.  The SPA included an indemnity which said that the Sellers should:

"…pay to [Capita] an amount equal to the amount which would be required to indemnify [Capita]…against all actions, proceedings, losses, claims, damages, costs, charges, expenses and liabilities suffered or incurred, and all fines, compensation or remedial action or payments imposed on or required to be made by [Sureterm] following and arising out of claims or complaints registered with the [Financial Services Authority or other regulator]…against [Sureterm]…and which relate to the period prior to the Completion Date pertaining to any mis-selling or suspected mis-selling of any insurance or insurance related product or service."

Capita intended this to cover any mis-selling of insurance companies.  Shortly after completion of the transaction, one of Sureterm's staff raised concerns about their sales process for a particular insurance product.  As a result, Sureterm reported itself to the FSA, as it is required to do, and agreed with the FSA to take various steps to address its mis-selling, including putting in place a fund of £1.35m to compensate its customers.

Capita sued under the indemnity in the SPA but Mr Woods argued that on the proper construction of the indemnity he was only liable if the customer had initiated the complaint to the FSA but not if the Sureterm self reported the problem.  The Supreme Court agreed with him, using a textual approach to the language rather than a contextual approach that the courts had used in previous cases.

As a skilled commercial lawyer, I am always striving to draft contracts to minimise the risk that a court can interpret the same clause in more than one way.  A textual approach, done well, will reduce the chances of getting involved in a expensive dispute about what your contract means.

Do you need a Brexit clause?
Carl Selby

Our last seminar of 2019 and we're going out with a bang... or at least an amazing view!
Vicky Hernandez