I have been thinking about the fact that every year in recent memory there have been news stories about sexism in tennis...and other sports come to think of it.

From the commentators framing their praise around a return after having a baby to the alleged comments of Shane Sutton to Jess Varnish when she was dropped from the Olympic team "move on and get on with having a baby".  This issue is neither new nor surprising as these systems and institutions have been geared around and focused on men for generations.

Overt sexism still exists of course, (see #everydaysexism) but even if we accept that it has diminished in recent times, we are left with unconscious bias which operates to create the same disadvantages and disparities in treatment.

When considering Azarenka's comments about missing out on precious time with her very young baby, having to wait around all day and then being scheduled very late with an expected finish of 9pm, we are reminded that there does not seem to be any real consideration of such obvious needs.  I am aware that there is a creche which is great but this issue appeared to be about scheduling and was a lost opportunity to make a real difference.

I heard one broadcaster on the radio say that the fact that she is a new mum should not mean that she is treated any differently from any other player. Not only did that seem harsh, but I also consider it misses the point: sometimes we must treat different groups in different ways to remove the significant disadvantage they experience.  Would it have been so wrong to think ahead and prioritise her match in the schedule or organise the timetable so that she was not required to attend so early?

That it was only 10 years ago that women achieved pay parity with men should be shocking to all tennis fans but there was huge resistance to it (which some would say still persists).  There was a perception that the women's game was just not as valuable or exciting.  Our collective perception has certainly shifted now with the emergence of some devastatingly great female players.  But if we look harder; they were always there.  Other signs of unconscious bias still abound when examining the statistics of women's matches played on the two top courts when compared with the men's scheduling.

The BBC has made some huge inroads into embracing issues of diversity and inclusion in all of its programming, broadcasting and recruitment and promotion policies which is admirable.  When faced with allegations of bias in coverage in 2016 however, with one viewer monitoring the difference and finding that 75% of coverage in the first 6 days focused on the men's game, the BBC defended its right to make decisions on editorial content.

I suppose that's like saying, let computers make the decisions to remove bias until you realise that even the coding and algorithms reflect the bias of those creating it.  Creating greater equality and inclusion is always a challenge but there are some easy wins out there ripe for the taking.

Give the men better billing than the women, structure the event so that the men’s singles is treated as the main event and the women’s as a sideshow, and then act surprised when the casual tennis fan is more familiar with the men’s game and holds it in higher esteem. It’s worked for Wimbledon for 130 years, and it creates a feedback loop between the media and the public (or the media’s perception of the public) that leads to a situation in which the hour-long review of the 2016 championships broadcast by the BBC can cover all four women’s quarter-finals in 43 seconds while devoting over nine minutes to the men’s. 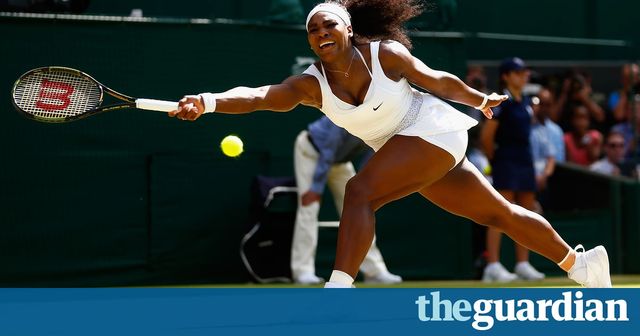 Harassment -have we lost a code of good behaviour?
Anonymous

Equality statistics making headlines again but are we getting real engagement with the issue?
Anonymous

Maternity discrimination on the rise...but what is the real extent of the problem?
Hedges Team
Recent posts from Hedges Law - Business